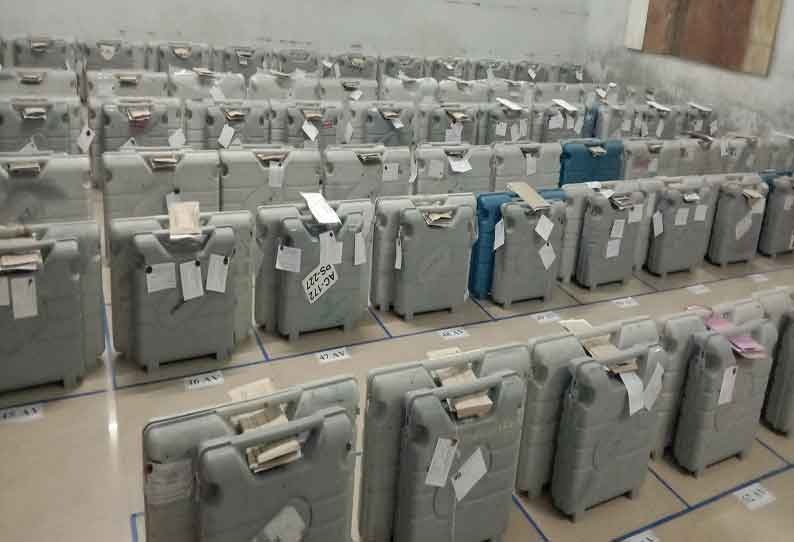 The agriculture students’ create awareness for the coconut farmers

There are a total of 82 thousand 481 voters in 36 wards in Pollachi municipality. A total of 151 candidates contested the by-elections yesterday. 26 thousand 052 men, 27 thousand 622 women and a total of 53 thousand 675 votes were recorded as one other. This is 65.08 per cent of the total electorate. Polling machines at Pollachi NGM The college is kept under heavy police protection 24 hours a day.

The counting of votes is scheduled to take place tomorrow (Tuesday) at 8 am in 6 rounds at 7 tables headed by Returning Officer Thanu Murthy. Candidates monitor the counting center from time to time.

It is noteworthy that out of the total electorate 28 thousand 806 did not vote. Officials who thought the turnout would be 75 percent were shocked that the turnout was so low. Authorities plan to investigate the cause. Officials have taken steps to inform the candidates, the public and the parties about the results of the counting of votes through a loudspeaker.

Elections for 21 wards in Valparai municipality were held yesterday. Elections were held in 73 polling stations in 10 constituencies. After the election, zonal officials brought electronic voting machines from the polling booths to the counting center at 2.15 am.
Wild elephants roamed the Shakthi Estate, Kadampara, Pachaimalai and Sekkalmudi estates as zonal officials picked up electronic voting machines used at 73 polling booths in 21 wards. Sent to College of Science.

The room was then locked and sealed by Returning Officer Suresh Kumar. Also, the police who fired there were arranged to engage in a 24-hour security mission.

Hello Coimbatore people, the JioMart Bestival Sale 2021 is on

Only agents, with a candidate at the ballot counting center, will be allowed