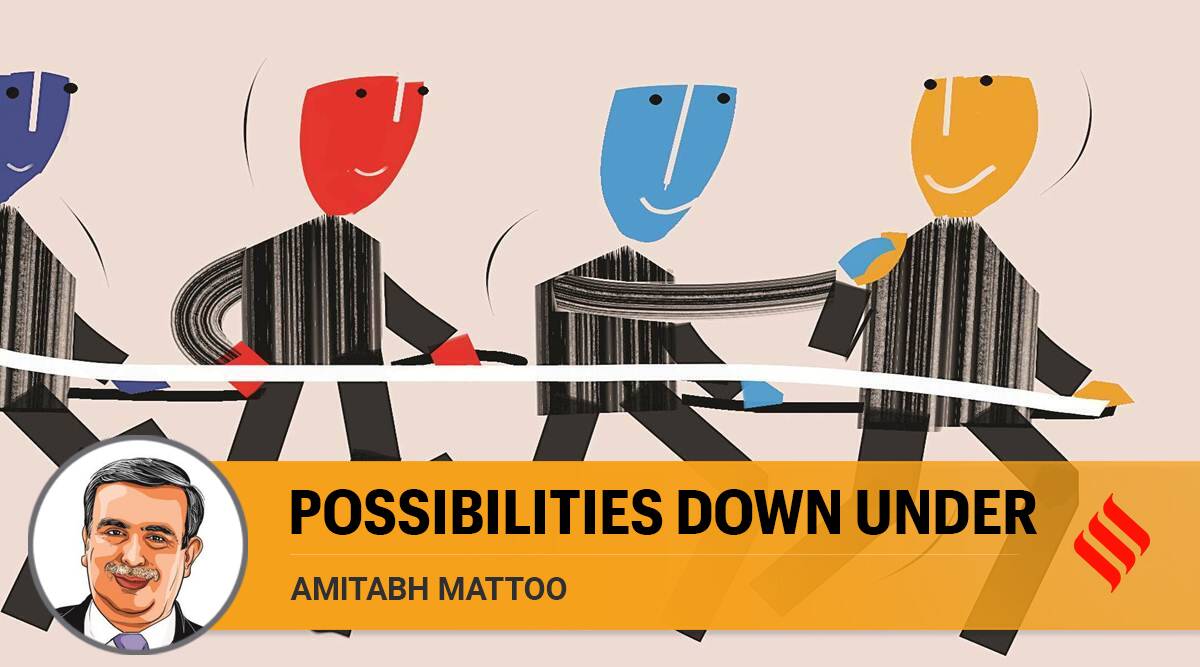 Amitabh Mattoo writes: It provides an opportunity to strengthen both the Quad and bilateral ties with Canberra

As India’s External Affairs Minister, S Jaishankar enters the “old” Quad of the University of Melbourne on Friday morning, he will be greeted with what some may find to be an intriguing jugalbandi of the tabla and the aboriginal wind instrument, the didgeridoo.

And even before he begins his conversation with academics on the future of the Indo-Pacific at the University’s Australia-India Institute, he will have — in keeping with cultural protocol — acknowledged the Wurundjeri people, the traditional owners of the land, an overture that signifies contemporary Australia’s many parallel realities.

It is this new Australia — coming to terms with its difficult past, almost confident of its future in Asia and yet bound to the Anglo-Saxon world — that offers New Delhi the possibilities of the most enduring partnership in the region; friendship based on the very first principles that mold relationships, a convergence of values and of interests.

While the relationship has all but transformed in the last decade and a Comprehensive Strategic Partnership has been forged, it still requires leadership and political navigation if the vast promise has to translate into a sustainable reality. This ambition must be the centerpiece of Jaishankar’s agenda.

A friend in need: WhatsApp Users may go bankrupt with a small mistake

Swiggy gets a package terribly wrong in Coimbatore for a journalist