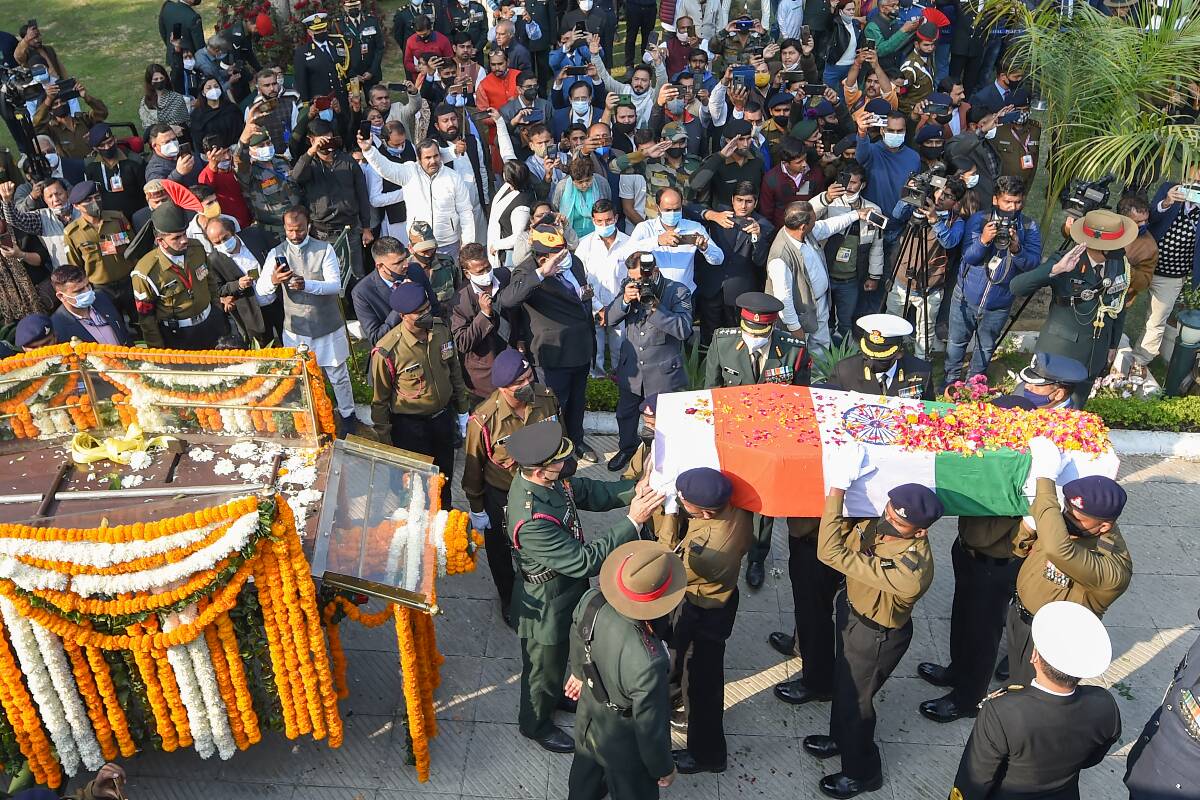 Hundreds of people, at several places in the Coimbatore district, paid their tributes to the 13 deceased in the IAF helicopter crash, on Thursday.

People stood on both sides of the roads and paid their floral tributes when the bodies of the deceased were brought to the Sulur Air Base in the district by road. The mortal remains were moved by road from Wellington to the Air Base as the weather was not appropriate for airlifting them.

On the way via Mettupalayam, Annur, and Karumathampatti, many people, including students, were seen standing along the roadside holding candles. Meanwhile, two vehicles, including the free hearse service van carrying the mortal remains of one of the victims, met with a minor accident on the Mettupalayam – Annur Road. The coffin in the van had to be shifted to another.

In another incident, a police escort vehicle accompanying the vans met with an accident on a curve on the Nilgiris Ghat road near Burliar.

our soldiers are honoured for their tireless service and also who set an example for the ideals of brotherhood and security towards humanity for the entire nation. They are the real heroes. People keep on expressing their condolences for the IAF helicopter crash and praying for the deceased souls to rest in peace.

The Devotees pour yellow water on the pole and worship

Read, 15 Best places for one day Road trip from Coimbatore on yourcoimbatore.com