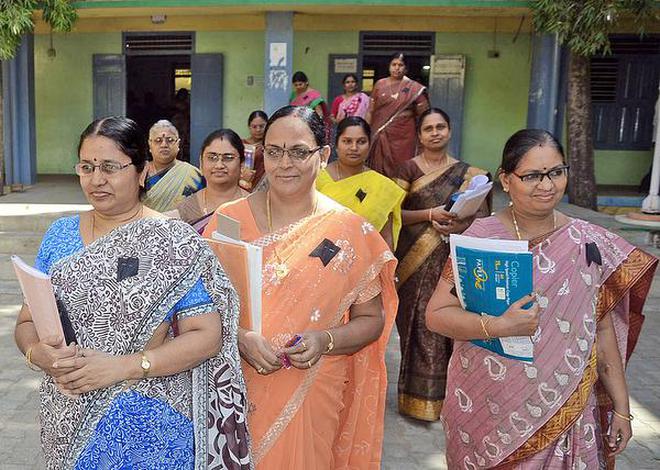 On November 18, Poomozhi met the CEO and sought admission for a Class 10 girl student in government school. The girl was dismissed from a private school.

The CEO said that she would consider it. However, it is said that Poomozhi entered into altercation with the CEO and allegedly threatened her.

Based on a complaint from the CEO’s PA Ashokan, the town police registered a case under four sections. On Monday, over 200 teachers submitted a petition to District Revenue Officer R. Sugumar demanding the arrest of Poomozhi. As part of intensifying their protest, teachers wore black badge. They said that they would intensify their protest if action was not taken against her.

Demonetisation to demonisation to supporting Modi